The Medium Delayed to January

The Medium, the psychological thriller title from Bloober team and an Xbox Series console exclusive, has been delayed out of 2020. Originally scheduled to release on December 10th, it will not release on January 28th. Bloober Team offered the following statement. 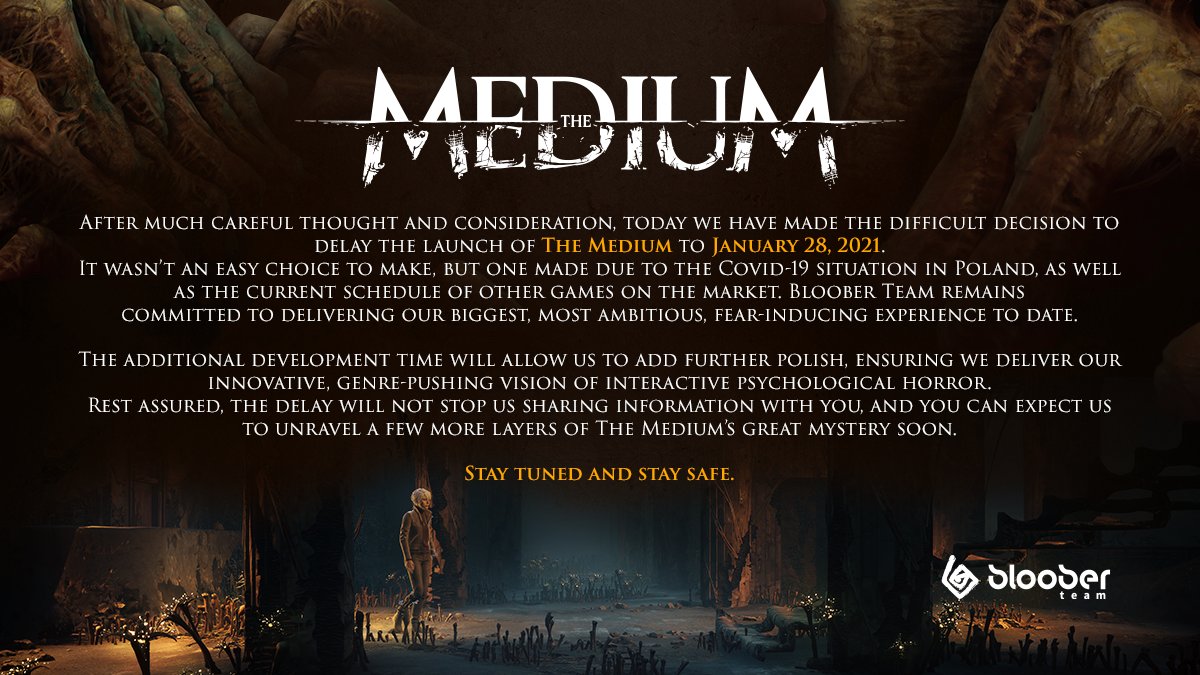 This isn’t a big deal and honestly may give a game like The Medium some breathing room outside of the fall rush, particularly with Cyberpunk 2077 now launching in December. We still continue to be incredibly excited for The Medium.