We remember covering Skull and Bones at E3 2018. It has been that long since the game was in front of players. And after numerous delays, an apparent redesign, and a gameplay presentation that seemingly locked in a November release date, Skull and Bones has been delayed again.

Ubisoft formally announced the delay which will now see the game release on March 9, 2023. You can find the statement from the development team below: 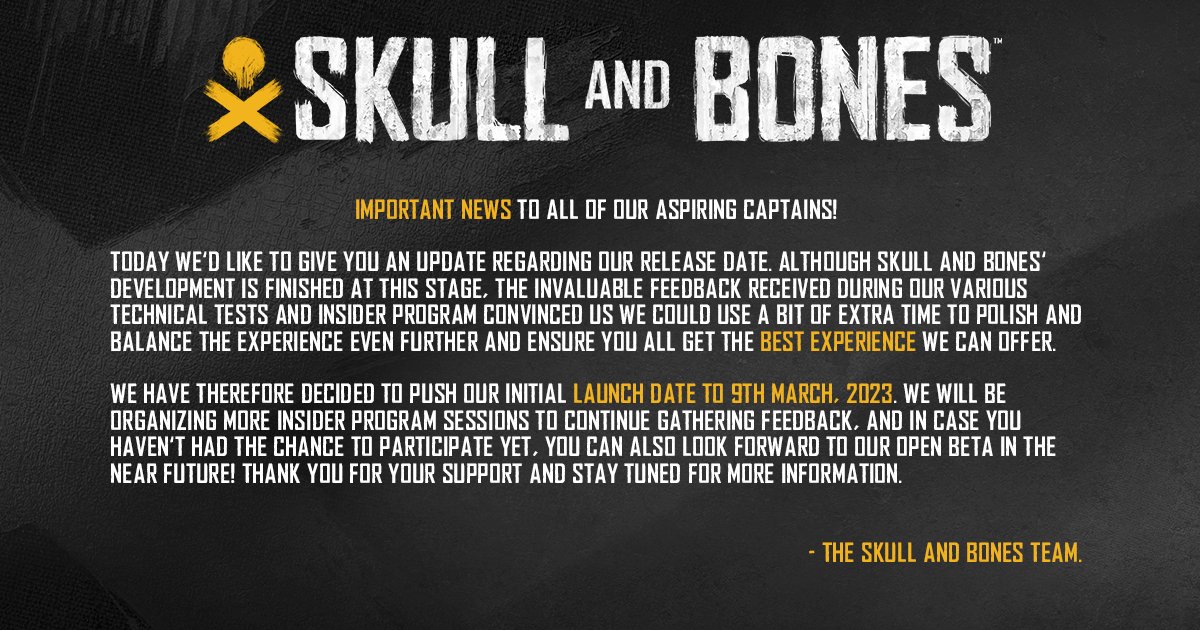